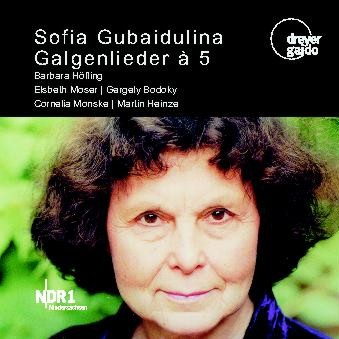 “This recording is wonderful. The multitude of emotions in this 14-part compilation … is as astonishing as it is enjoyable.
And that Gubaidulina takes Morgenstern so seriously is a further plus for this music, which should even delight those classic lovers not well versed in New Music.”
Aachener Zeitung

"The fact is that in Galgenlieder Gubaidulina is clearly playing games of her own. ... one probably needs a substantial amount of background knowledge to appreciate those games. (One might almost suggest that she has done for music what James Joyce did for literature.) On the other hand one can abandon that quest for knowledge and simply take Galgenlieder ... as an irresistible journey through the rhetorical powers of sonority that is almost independent of any semantic level being expressed through the rhetoric."
Stephen Smoliar. examiner.com