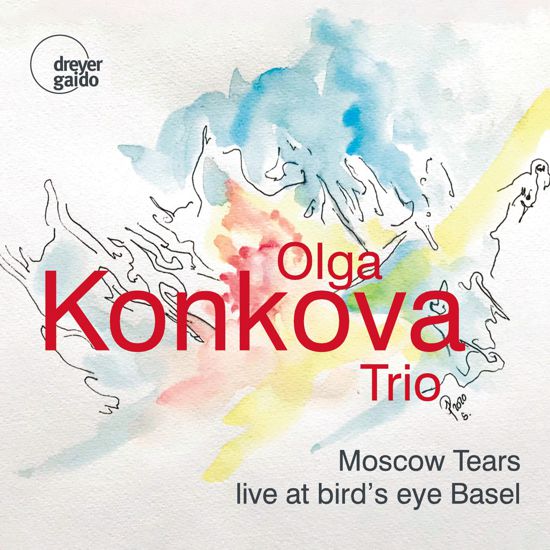 Olga Konkova - piano
Stephan Kurmann - bass
Bodek Janke - drums & tabla
catalog number: 21125
Few pianists can, in their biographies, name their place of study as being the famous Gnessin Music Academy in Moscow (piano and composition) as well as the Berklee College of Music in Boston. Olga Konkova was born in Moscow and studied at both legendary high schools. She has lived in Norway since 1994. She met the Swiss bass player Stephan Kurmann during a focus year at the Jazzcampus Basel. First concerts in Norway were followed by four concerts at the bird’s eye club in Basel in August 2019, together with the fantastic percussionist Bodek Janke.

"Moscow Tears is dedicated to my old piano in Moscow, which I got in 1974.) Mom and my grandmother had to borrow lots of money from the bank to be able to buy it, and it took many years to finish the paying back. The instrument itself is called 'Red October' and I practiced on it every day for at least 15 years - Johann Sebastian Bach Das Wohltemperierte Klavier, Die Kunst der Fuge, Schubert, Rachmaninoff and so much more - and then later jazz in different styles. When I was visiting my mother in September 2014, two hours before travelling back to Norway, I opened the piano lid and started playing. It was a heartbreaking and very emotional moment, my old beloved instrument was absolutely not playable; some keys did not work at all and the rest completely out of tune. I burst into tears with nostalgia and started composing a tune, writing on a blank piece of paper, then completed the coposition in Norway the next day. I never changed a note or a chord of it, it came out like I felt that very moment.“ Olga Konkova